Warning: "continue" targeting switch is equivalent to "break". Did you mean to use "continue 2"? in /customers/e/2/e/daffydefreitas.com/httpd.www/core/model/modx/modcachemanager.class.php on line 605 Latest Cricket Coaching News Leicestershire | Phillip DeFreitas Next Generation Cricket Development 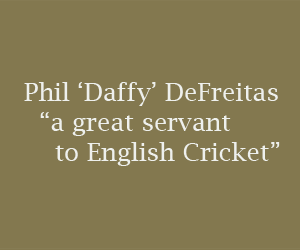 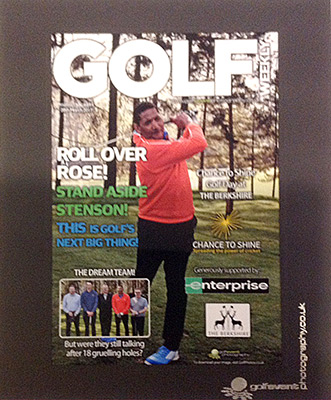 Phillip visited the the Hove County ground to speak at a Sussex Cricket Society lunch. 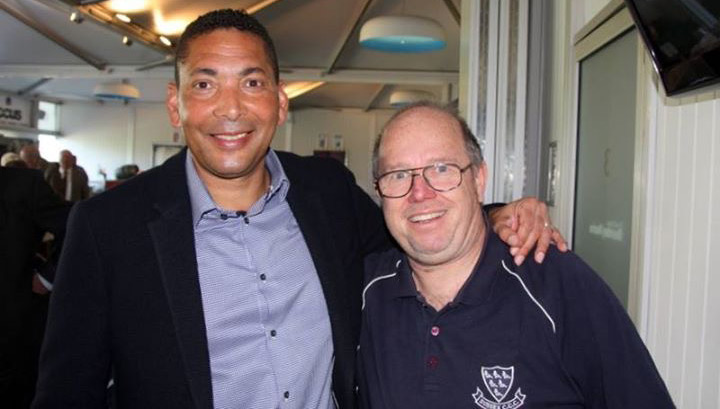 On the recent Next Generation Cricket tour to Sri Lanka, four schools in the Grapaha district and part of the PRANAV charity, benefitted from equipment donated by Phillip DeFreitas and the boys of his touring party. Items included cricket bats, cricket pads, gloves, balls, shoes, helmets and many items of clothing. 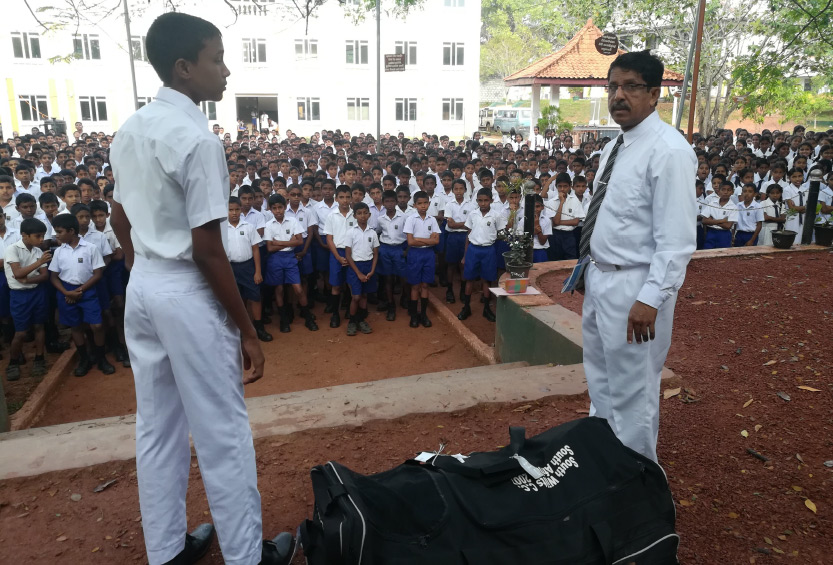 Phillip DeFreitas and 8 boys from his academy travelled to Sri Lanka at February half term for some cricket in the sunshine. This was a great opportunity for the boys to gain valuable playing and training experience and with temperatures around 35° this was a real challenge. With two matches planned over the 6 days, there was little chance to acclimatise to the blistering conditions. Overall,…

On Tuesday 22nd February over 200 England cricketers gathered at Lord’s for a very special event – a unique assembly of all past and present England players.

The guest list spanned many generations of men and women’s players, from those representing England in the 1950s, to those travelling to the West Indies today to play in the upcoming One-Day International (ODI) series – and more than…

The boys are very excited and very much looking forward to the tour after working so hard this winter. It's a great opportunity to visit Sri Lanka and it will give them a great chance to compete against unknown oppositions whilst testing their skills. It will be very challenging playing in Sri Lanka with temperatures up around 30 degrees, an experience not to be missed. I have to thank Read more | Published: Feb 07, 2017

Former England cricketer Phil DeFreitas has been announced as the head coach of Swindon Cricket Club for the next 3 years. As head coach, Phil will work with the existing team of English Cricket Board qualified coaches to help players of all ages and abilities. The 50-year-old, nicknamed Daffy, played 44 test matches and 103 one day internationals during his professional career. DeFreitas has the…

Over the weekend of 11th-14th March Phillip took park in the Golden Tours Golf event in Antequera, Costa del sol, Andulucia. Over the three days Phillip played 3 rounds of 18 holes in a team of four.